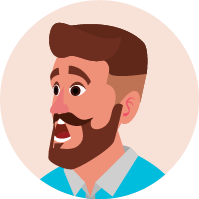 How much time do you think you spend on pavement each day? You have to count all the time you're driving — unless you're driving on dirt roads. You also have to count the time you spend walking across parking lots. Pavement is really important. That much is clear. Since pavement is so important, we thought we would start a blog to write a little more about pavement and pavement contractors. They deserve mention, too. They have a hard job and one that requires quite a lot of skill. We'll explain some of the skill behind pavement work on this blog, and we'll also dive into other related topics.

If your property is currently without an asphalt d …

Need To Create A Long Drive But Unsure Of What Material To Use? Porous Asphalt Is The Top Choice Today
13 October 2022

When you need a long driveway that covers a lot of …

For commercial buildings, concrete flooring can be …

A well-designed and constructed driveway can ease …

Your asphalt paving is built upon a sturdy base that should serve well for decades. Knowing the cause and signs of base failure can help you prevent future issues.

One of the first signs of base material failure is the sinking of the asphalt. Depressions will begin to form as the asphalt layer sinks into voids that are forming in the base below. Not only does this result in a bumpy surface, but the sinkholes also hold moisture. The moisture pooling, in turn, increases the likelihood of potholes and other surface damage. The damage will increase exponentially until the asphalt is replaced.

A rippling surface can indicate that the base is too weak and the asphalt layer too thin for the amount and weight of the traffic which the paving is being exposed to. The surface ripples and forms a washboard surface. In some instances rippling can be addressed by laying down a thicker layer of asphalt, but in other instances it may be necessary to replace the entire paved area from the base upward.

Uplift occurs when the ground shifts beneath the base, often due to moisture expansion during freezing weather. The asphalt will lift on one end. There will also often be a crack, with one side of the paving rising above the paving on the other side of the crack. It's a sign that the base was not installed deep enough in the soil, so it doesn't sit below the frost line. It can also indicate poor drainage in and around the base.

Washout along the edges of the paved area will lead to a crumbling asphalt edge. Eventually the damage can become severe, causing the asphalt to collapse or resulting in large cracks coming in from the edges. Proper base and edge construction can minimize edge washouts. You may also need to have drainage installed along the edges to prevent further damage to the base.

One or two potholes during a severe winter aren't a major issue, as long as you have them promptly repaired. The problem is when there are lots of potholes and they reform almost as soon as you can repair them. This indicates that the asphalt is failing, which can lead to water incursion into the base. Once water gets into the base, it will degrade until you need to fully replace the paving. Resurfacing the asphalt can help save the base.

Contact an asphalt paving contractor if you suspect issues with the base material.